The conventional drives are used for speeds up to about 500 metres per second - they're what you use for usual manoeuvres and docking.

The speed you are moving affects the manoeuvrability of your ship - the sweet spot is in the blue-area in the throttle position display in the cockpit. When you are outside of this sweet spot turning is slower and more sluggish.

Boost allows you to quickly increase speed (beyond your normal maximum speed for your ship) for a limited amount of time to catch-up or get away from an opponent. Boosting requires power and will drain the capacitors from your engines, so you can only do it a limited amount before having to recharge your engines. 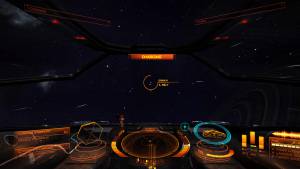 Super cruise allows for very high-speeds and gives the player the ability to cover large distances in Elite Dangerous in a reasonable amount of time. Hyperspace allows you to jump between systems.

How to use Hyperspace

How to use Super cruise in system 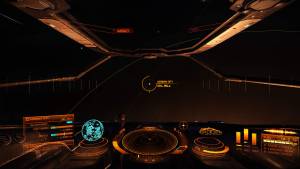 Fig 2 - Aligning with the locked destination in super cruise

You may want to read the guide that explains how to dock now that you have arrived!

Mass lock prevents you from performing a hyperspace jump if you are too close to a large/massive object. You will need to use conventional thrusters to move away from the object before jumping.

Pirates and others can interdict your super cruise by forcing your ship into a mass lock situation and so dropping you out of super cruise.

Although you can drop out of super cruise at any point, doing so when going too fast (over 1,000KM/s) will lead to a crash-drop where you may lose control of your ship, or suffer some damage. Additionally if you are travelling too fast and/or too close to massive objects (see Mass lock) you may also experience a crash-drop.